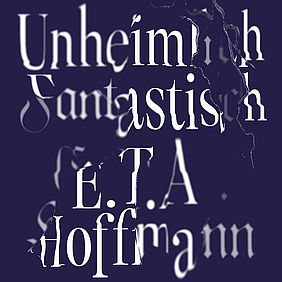 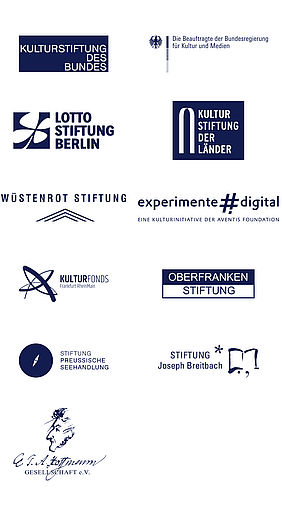 Unlike anybody else, the Romantic universal artist E. T. A Hoffmann (1776–1822) was always in tune with current events, as an author as well as a musician and composer, music critic and draughtsman. His works mirror his intensive interest in contemporary sciences. As a lawyer and judge, the author of epoch-making stories with fantastic and uncanny themes was involved in urgent political questions. As those aspects of his creative production, particular with regard to the time he spent in Bamberg, are the subject of the participative exhibition Fantastically Uncanny – E. T. A. Hoffmann 2022 which also includes works of modern artists who cast new light on Hoffmann's themes. A wide range of guided tours, concerts by the Ensemble nonoise as well as an evening dedicated to Commedia dell’Arte accompany the exhibition.

Discover E. T. A. Hoffmann's fantastic and uncanny world! Stories such as "The Sandman" and "The Golden Pot" have fascinated generations of readers world-wide. But did you also know that E. T. A. Hoffmann coined the term "Romantic Music" to describe an entire stylistic period and that he wrote the first detective story in German literature? Hoffmann was also a sharp critic of the society of his time, which he satirized in forthright caricatures, and, as a judge, advocated for an independent jurisdiction. His themes concern us today as much as they did his contemporaries in the early 19th century.

The exhibition takes the 200th anniversary of Hoffmann's death as an occasion to bring the multi-faceted works of the innovative artist into the 21st century. It will be on display in Bamberg as well as in the Stabi Kulturwerk (Berlin) and in the Deutsches Romantik-Museum (Frankfurt am Main). Immerse yourself into Hoffmann's world and make a path through reflections and illusions. Get to know Hoffmann as a sharp observer, crosser of borders and workaholic for whom the days and nights could not be long enough. Meet Hoffmann's avatar whom he developed entirely without the aid of social media, and enter into his thoughts on contemporary music automata and artificial intelligence.

Installations by modern artists bridge the gap to our time and place Hoffmann's original manuscripts, books, drawings and objects in new contexts. More than 300 cultural events in all of Germany and even abroad accompany the programme.

The cooperation of three institutions at three different locations in three German states makes it possible to present in the exhibition items from the two largest collections of Hoffmanniana world-wide, in the State Libraries of Berlin und Bamberg, supplemented by the wide-ranging holdings of the Freies Deutsches Hochstift on German Romanticism.

The Bamberg State Library preserves the largest collection on E. T. A. Hoffmann besides the Berlin State Library

All autographs, drawings and music scores by E. T. A. Hoffmann in the holdings of the Bamberg State Library have been completely digitized and are freely accessible via the digital collection Bamberg Treasures. The online presentation not only includes detailed information on the individual documents but also transcriptions of the autographs. It is possible to run a full-text search, to download digital images and to use them under the Creative Commons license CC BY-SA 4.0. All works are recorded in Kalliope, the national database for modern papers and autographs.

The E.T.A. Hoffmann Portal links the Bamberger materials to the holdings of other institutions. It was initiated by the Berlin State Library, which preserves a comprehensive archive of letters, music, and drawings by E. T. A. Hoffmann as well as printed editions of his works.